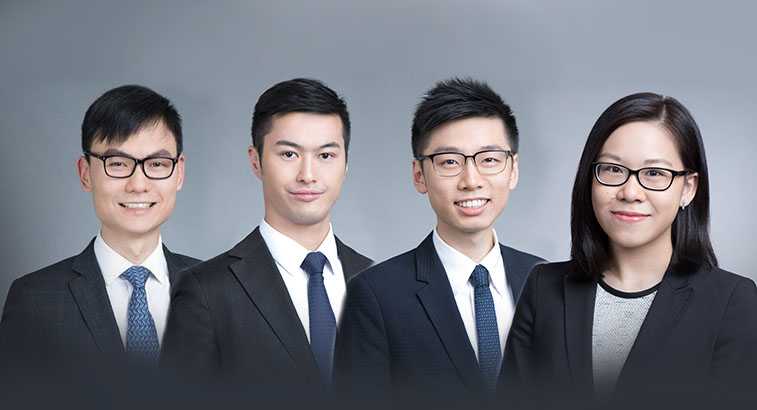 She obtained her law degree from the Chinese University of Hong Kong and read International Relations at the London School of Economics and Political Science prior to her legal studies. Before being called to the Bar, she was a Legislative Council assistant from 2015 to 2018.

Valerie is developing a predominantly civil practice and has experience in Matrimonial, Commercial, Land, Probate and Criminal matters. She has appeared in the High Court in her own right, and she accepts instructions in all of Chambers’ practice areas.

Jason represented the University of Hong Kong in the Philip C Jessup International Law Moot Court Competition in 2018 and the Red Cross International Humanitarian Law Moot in 2017, capturing the regional champion and the international 1st runner up respectively.

Jason accepts instructions in all of Chambers’ practice areas and has appeared in various level of courts from the Magistrates’ Courts to the High Court. He can provide written submissions and conduct hearings in both Chinese and English.

Ted is developing a broad civil and criminal practice and accepts instructions in all of Chambers’ practice areas. Since the commencement of his practice, Ted has been instructed to appear in the High Court, the District Court and the Magistrates’ Court.

Jasper graduated with a double First in Law at Cambridge University and was the first recipient of the Sir Oswald Cheung Scholarship at HKU, awarded to the best HKU PCLL applicant who intends to join the Bar each year.  He has also served as judicial assistant at the Court of Final Appeal.