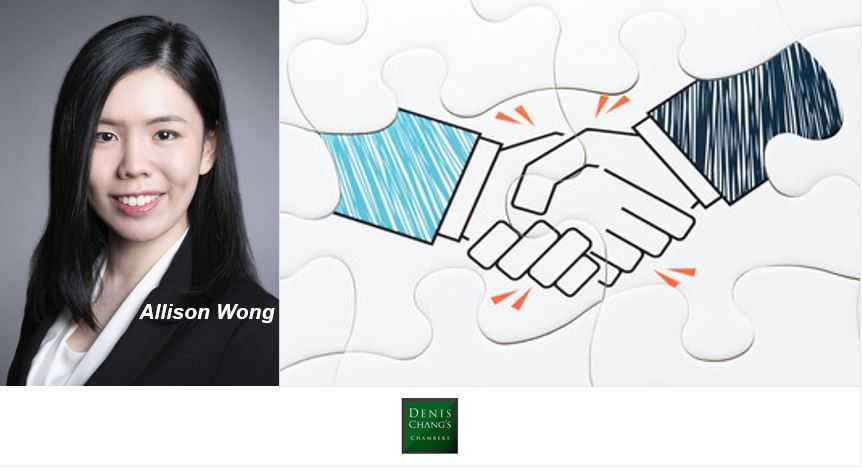 COMPETITION LAW – “Carecraft” procedure in the Competition Tribunal: disposal of proceedings by consent

In Competition Commission v Kam Kwong Engineering Company Ltd & Others [2020] HKCT 3, the Competition Tribunal received the first ever application for the disposal of proceedings by consent. Allison Wong, who acted for the 1st and 4th Respondents, discusses the Tribunal’s decision to adopt the Carecraft procedure – which is applied in proceedings for the disqualification of directors. 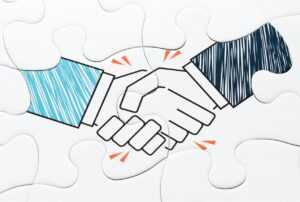 Rule 39(1) of the Competition Tribunal Rules (Cap.619D) (“the CT Rules”) provides that “If the parties have agreed on the terms of an order to be made by the Tribunal […], the agreed terms, signed by or on behalf of the parties, must be sent to the Tribunal for approval.”

Practice Direction No. 1 of the Competition Tribunal prescribed by the Chief Justice also provides that “One of the underlying objectives of the procedure of the Tribunal is to facilitate the settlement of disputes… an application for […] an order by consent should be accompanied by a statement of agreed facts on the basis of which the Tribunal is asked to make the order in question.”

Although the respective orders relating to consent judgment and orders in Rules of the High Court (Cap.4A) was not adopted in the CT Rules, it seems that disposals of enforcement proceedings with consent from the parties are supported by the law. It is hence up to the Court to decide whether disposal of proceedings against respondents by consent is an appropriate order to be made when both parties have agreed on terms.

In Competition Commission v Kam Kwong Engineering Company Ltd & Others [2020] HKCT 3, the Honourable Mr Justice Harris considered the juridical basis and justifications for allowing disposal of proceedings against respondents by consent, and held that the Tribunal should welcome and adopt such procedure.

The Court explained the nature of such procedure – Carecraft procedure – by referring to its origins in Re Carecraft Construction Co Ltd [1994] 1 WLR 172 in §§9-10 of the Reasons for Decision. The procedure will request the Court to decide whether a disqualification order of a company’s director should be made and within what period of time on the basis of limited agreed facts, without a full trial of factual allegations.

The Court confirmed the applicability of the procedure in proceedings under the Competition Ordinance (Cap. 619) and the CT Rules in §§9-17 by comparing the justifications of such procedure in different contexts. Not only does it facilitate the settlement of disputes, it also “enable[s] an investigation to be conducted expeditiously, economically and fairly and [is] in principle in the public interest (R (Gallaher Group Ltd) v Competition and Markets Authority)”. The Court also adopted the justification remarked by the General Court of the European Court of Justice in Timab Industries and CFPR v Commission that it can “simplify and speed up administrative procedures and […] reduce the number of cases brought before the EU judicature, and thus […] enable the Commission to handle more cases with the same resources”.

At §17, the Court finally affirmed the procedure and concluded by saying that “In my view the benefits of providing a mechanism, which facilitates agreements between the Commission and respondents, who concede that they have contravened the Ordinance are overwhelming.  The authorities to which I have referred demonstrate that this is the view of courts in other jurisdictions with substantive and procedural legal systems similar to Hong Kong, including specifically in the area of competition law. The Carecraft procedure provides a mechanism developed in comparable contexts to competition law. In my view it provides a readymade blueprint for disposing of proceedings under the Ordinance, […].”

The decision is considered as a right move by the Court and is doubtlessly welcomed. Not only will such procedure encourage settlement and achieve an outcome fairly, it also eases the burden of both parties, especially Small and Medium Enterprises, in an expeditious and cost-effective manner. It is to be expected that future litigants will take this case as a guide and utilise the Carecraft procedure to relieve their burden of legal proceedings. Allison is developing a broad practice and has been instructed in a diverse range of cases, including competition, commercial, judicial review, and regulatory and disciplinary matters. She represented one of the Respondents as Junior Counsel in Competition Commission v W. Hing Construction Company Limited & Ors  (CTEA 2/2017), where the defence of economic efficiency was raised for the first time. Find out more about Allison’s experience from her profile.