The Appellant was sentenced to four weeks’ imprisonment at the Magistrates’ Court for driving a motor vehicle with alcohol in his breath exceeding the prescribed limit contrary to section 39A(1) of the Road Traffic Ordinance, Cap. 374. This was his second conviction for drink driving in five years.

On appeal against sentencing, the Honourable Madam Justice Anna Lai found that the learned Magistrate failed to give sufficient consideration to the Appellant’s good character. Taking into account this and other relevant circumstances of the case, the Court allowed the appeal and suspended his prison sentence for 24 months. This ruling illustrates the utmost importance of giving due regard to the defendant’s personal circumstances or “individual justice” and the circumstances leading up to the offence when considering sentencing. 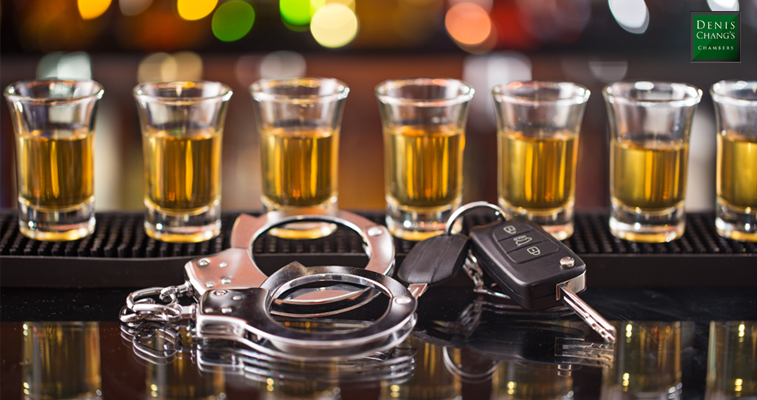 The Appellant pleaded guilty in the Magistrates’ Court to one count of driving a motor vehicle with the proportion of alcohol in his breath exceeding the prescribed the limit, contrary to section 39A(1) of the Road Traffic Ordinance, Cap. 374. The relevant proportion of alcohol – 66 micrograms of alcohol in 100 millilitres of breath – fell within Tier 2 as defined in s. 39A(1A). He was driving to Shatin at the time.

This was the Appellant’s second conviction for the same offence within five years. He received a community service order (“CSO”) for his previous offence.

The Appellant frequently serves as a volunteer to help the unfortunate and underprivileged, such as families living with HIV, and orphans who lack access to education. When the COVID-19 pandemic broke out in 2020, he donated $500,000 worth of anti-pandemic supplies to Hong Kong charities and Wuhan residents. He also set up a company which helps small and medium enterprises reduce their costs in electronic payment transactions.

In the learned Magistrate’s view, the Appellant’s re-offending has added to the gravity of the case and proved that the CSO had zero deterrent effect; neither a CSO nor suspended sentence would sufficiently reflect the seriousness of his actions and prevent him from re-offending.

The Appellant was sentenced by the learned Magistrate to four weeks’ imprisonment, disqualified from holding or obtaining a driving licence for three years, and ordered to attend and complete a driving improvement course at his own cost. He appealed to the High Court against the prison sentence.

While the Courts recognise the gravity of drink driving and the need to protect the public from irresponsible drivers, it does not follow that every offender warrants a severe sentence.

In R v. Chow Tin Jack (17 April 1997, HCMA 61/1997), the Honourable Mr. Justice Yeung (as he then was) pointed out that the Court would, in serious cases of drink driving, impose an immediate custodial sentence to achieve deterrence and protect the property and lives of other road users. However, where appropriate, the Court may consider handing down non-custodial punishments.

• The proportion of alcohol in the offender’s body which exceeded the prescribed limit (“Alcohol Content”);

• Whether the offender’s conduct led to an accident;

• Whether the offender caused the loss of property or injury or death of another person; and

• Avoiding any duplication in sentencing, if the offender faces other charges for the same driving conduct.

The Defendant in 香港特別行政區 訴 沈天才 (HCMA 120/2015) was convicted of drink driving for the second time in 45 months. He pleaded guilty. No accident or harm to others’ lives or their property resulted from the offence. Nor did the Appellant’s consumption of alcohol seriously hamper his abilities. Noting that a custodial sentence would in principle be appropriate, the Court nonetheless decided that this was not a serious case, and imposed a four-week prison sentence suspended for 20 months.

The High Court’s Ruling on Appeal

Concurring with the learned Magistrate, the Honourable Madam Justice Anna Lai observed that the Appellant’s re-offending increased the gravity of the case, and a custodial sentence would in principle be appropriate as a deterrent against the rampant occurrence of drink driving in the Shatin district.

However, Her Madam Justice did not find the Appellant’s case to be the most serious of its kind in light of the relevant factors, including the Appellant’s good character based on his continuous involvement in charity, and his Alcohol Content which only went slightly above the Tier 1 limit. Moreover, he did not cause any loss or injury to others’ lives and property, nor did the Alcohol Content seriously hamper his control of the car.

In conclusion, the Court found that the learned Magistrate had failed to give sufficient consideration to the Appellant’s good character and that a four-week prison sentence was clearly excessive. A shorter custodial sentence would be adequate to send a message of deterrence to the public and offenders.

Allowing the appeal, Her Madam Justice suspended the four-week prison sentence for 24 months while upholding the orders for disqualification from holding a driving licence and completion of driving improvement course.

Through this ruling, the Court has once again emphasised the utmost importance of giving due regard to the defendant’s personal circumstances – or “individual justice” as articulated by the Court of Appeal in HKSAR v Leung Pui Shan (CACC 317/2007) – and the circumstances leading up to the offence when considering sentencing. These factors are to be considered whilst bearing in mind the importance of deterrence to protect the community.

Recently, the reminders made by Stock JA (as he then was) in the Leung Pui Shan case were highlighted by Zervos JA in HKSAR v Lam Ka Sin [2021] 2 HKLRD 32: The sentence a Court imposes must carefully be moulded not only to the category of the offence but to the offender. On each sentencing occasion, the Court should remember that it is dealing with an individual whose peculiar circumstances, if they exist, always deserve careful attention.

Angela Mui (with Mr. Bruce Tse), instructed by A Lee & Partners, acted for the Appellant in his successful appeal against sentencing.

This article was first published on 5 May 2022.