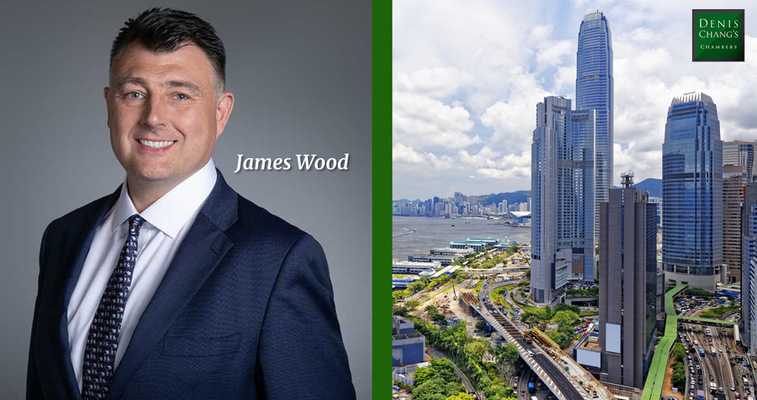 COMPANY & INSOLVENCY — James Wood discusses the recent decision of Re Lamtex Holdings Ltd, which could be a “watershed moment” for Hong Kong insolvency law and practice

A copy of the article is featured below whereby James explains how this decision could result in Hong Kong courts exercising insolvency jurisdiction over offshore companies to a far greater extent than in recent years. In its Li Yiqing v Lamtex Holdings Ltd decision handed down on 11 March, the Hong Kong Companies Court ordered that Lamtex, an insolvent Bermuda-incorporated company in “soft-touch” provisional liquidation in Bermuda, be immediately wound-up. The court made the order after finding that Lamtex had overwhelming connections with Hong Kong and that its centre of main interests (COMI) was located there. Lamtex, like many offshore companies that do business in Hong Kong and mainland China, did not have any real or substantial connection with Bermuda other than being registered there.

It was abundantly clear that the Companies Court was not impressed with Lamtex’s restructuring efforts and alive to the fact that the Bermuda “soft-touch” provisional liquidation was seemingly only being used by management to engineer a de facto moratorium.  The evidence about the restructuring was “scanty in the extreme” and “sparse”, according to Mr Justice Harris’ judgment, which has the potential to be a watershed moment in Hong Kong restructuring and insolvency jurisprudence.

It almost goes without saying that a huge percentage of companies that do business in Hong Kong and have operations in mainland China, especially those listed on the Hong Kong Stock Exchange, are incorporated in one of the popular offshore jurisdictions such as Bermuda, the Cayman Islands or the British Virgin Islands (BVI). Why these jurisdictions have become so popular is unclear; it may be tax, secrecy, or regulatory reasons, or even a perceived degree of asset protection.

At the same time that the popularity of offshore companies has increased, there has also been a clear trend on the part of the Companies Court in the past 10 years or so to exercise far greater restraint in making winding-up orders or appointing provisional liquidators in respect of offshore companies. This trend has been notwithstanding the longstanding express statutory power under s.327(1) and (3) of the Companies (Winding-up and Miscellaneous Provisions) Ordinance, Cap. 32 to wind-up offshore (“unregistered”) companies and also a desire on the part of the courts of other jurisdictions to expand their jurisdiction and caseload.

The trend in Hong Kong towards limiting the winding-up of offshore companies to the place of their incorporation moved to a new level with the first instance decisions in Kam Leung Sui Kwan v Kam Kwan Lai & Ors in 2012 and Re China Medical Technologies, Inc two years later. In both of those cases, winding-up petitions were initially dismissed on what were essentially jurisdictional grounds.

Instead of liberally allowing the winding-up of offshore companies, as had been the practice from at least the time of the Asian financial crisis in 1997, the Companies Court began to embrace common law cross-border insolvency recognition and assistance, and modified universalism.  Following the court’s seminal decision in The Joint Official Liquidators of A Co v B Co & Anor just seven years ago, there has been a plethora of cross-border recognition and assistance jurisprudence in Hong Kong.

Relying upon the foundations laid down in that case, the Companies Court has valiantly sought to craft various common law techniques – largely as a practical imperative in the absence of legislative reform in Hong Kong – to try to facilitate the restructuring of offshore companies that are the subject of an insolvency process in their place of incorporation. One of those techniques – the so-called Z-Obee technique – is to recognise and assist “soft-touch” provisional liquidators appointed in Bermuda, BVI or the Cayman Islands, as in a 2017 decision in Re Z-Obee Holdings Ltd.

Lamtex, while not a reversal of the trend towards limiting the winding-up of offshore companies in Hong Kong, is certainly a significant refinement of the Company Court’s recent practice.

The Companies Court justified its decision to wind-up Lamtex in Hong Kong, notwithstanding the Bermuda “soft-touch” provisional liquidation, by conducting a detailed analysis of the extent to which the principles of private international law and modified universalism require primacy to be given to an insolvency process in a company’s place of incorporation.  In the course of its analysis, the Companies Court expressed the view that the practical reality is that many, or perhaps most, offshore companies doing business in Hong Kong have no connection with their place of incorporation other than registration and that those places are usually just “letterbox jurisdictions”.

Moreover, the Companies Court also expressly recognised that “it is becoming increasingly clear that the restricted view of recognition and assistance explained in the judgments of Lord Sumption and Lord Collins [in Singularis Holdings] does not serve Hong Kong well” and, relying on the 2016 Singaporean High Court decision in Opti-Medix Limited, could see no doctrinal reason why not to extend Hong Kong common law “to permit recognition of insolvencies in places other than a company’s place of incorporation and in particular in which its COMI or something similar is to be found”.

Having decided that the Hong Kong court can recognise an insolvency in a place other than a company’s place of incorporation, the Companies Court went on to conclude that “there is less reason to give primacy to the place of incorporation than the principles of private international law and the effect of a winding up order on the distribution of a company’s assets might suggest” especially in the case of a company incorporated in a “letterbox jurisdiction”. The Companies Court also remarked that consideration needs to be given to “whether changes are required”.

Going forward, the Companies Court suggested the following approach be adopted to any dispute over which jurisdiction is to be the primary one to conduct an insolvency process:

The insolvency process that should be given primacy will depend on the circumstances of the case and involve giving appropriate weight to the location of a company’s COMI. The Companies Court stated that an acknowledgment of the place of incorporation as not necessarily determinative would be more consistent with both commercial practice and the common factual matrix, which often connects a company far more closely with Hong Kong than an offshore jurisdiction.

Lamtex seems to be an eminently sensible decision on its facts and as a matter of Hong Kong public policy and practicality; and it could potentially even restore legal and market practice, to a degree, to the way things were until around ten years ago.

In that previous era, the issue of whether an offshore company whose COMI or material connections were located in Hong Kong should also be in an insolvency process in its place of incorporation was usually very much a secondary consideration. This is shown in numerous well-known cases where Hong Kong insolvency processes have been invoked in respect of offshore companies.

In circumstances where an offshore company has no real and substantial connections back to its place of incorporation other than it being registered there, it would seem to be more effective and efficient for the principal liquidation to take place in Hong Kong where the material connections are usually located, and which would likely be the forum conveniens for any insolvency litigation. To require creditors of an offshore company with its COMI / real and substantial connections in Hong Kong to go offshore to seek a winding-up might also be seen as ceding away supervisory power to the courts of a foreign state. This would give rise to significant public policy concerns and would also likely be contrary to the wishes of independent creditors.

The concern often raised in the past against the winding-up of offshore companies in Hong Kong, that such course of action would bring into play the “entire domestic insolvency regime” and thus involve a duplication of time and costs, is far more perceived than real.

It is true that Hong Kong’s restructuring laws are less generous than those found in the major offshore jurisdictions. For example, Hong Kong does not have a “soft-touch” provisional liquidation regime and, in view of the 2006 Hong Kong Court of Appeal decision in Re Legend International Resorts Ltd, the grounds on which provisional liquidators can be appointed in Hong Kong are more limited. However, successful restructurings of offshore companies can be achieved under Hong Kong law and there is clear precedent for this. In this regard, it might be said that where there is a genuine will to restructure, especially on the part of company management, there is a way.

Two examples of successful restructurings of offshore companies by way of Hong Kong insolvency processes that come to mind – having been instructed in both cases –  are Re FU JI Food and Catering Services Limited in 2010 and Re Freeman Fintech Corporation Limited in February this year.  Although both companies were incorporated in the Cayman Islands, neither restructuring involved any insolvency process in that jurisdiction. Instead, provisional liquidators appointed in Hong Kong secured recognition in the Cayman Islands pursuant to letters of request and they proceeded to implement parallel schemes of arrangement. Both FU JI Food and Freeman Fintech had “real and substantial connections” with Hong Kong, but it may not have been their COMI and that concept was consciously avoided in the letters of request. It may be recalled that Re FU JI Food (an unreported decision) came to some prominence after being beneath the radar for years when it was relied upon by the learned Mr Justice Segal of the Grand Court of the Cayman Islands in his 2017 decision in In the Matter of China Agrotech Holdings Limited.

The impact of Lamtex and the extent to which it will bring formal insolvency processes in respect of offshore companies back onshore in Hong Kong is presently uncertain.

As an immediate step, the Companies Court has made clear that going forward it would anticipate that, unless the agreement of a petitioner and supporting creditors of the offshore company have been obtained in advance, the court will not deal with recognition and assistance applications made by “soft-touch” provisional liquidators on the papers after a winding-up petition has been presented in Hong Kong.

One would hope – for a variety of reasons – that the Companies Court will take this opportunity to bring insolvency processes back onshore to the maximum extent practicable for companies that have real and substance connections and/or their COMI in Hong Kong. No other jurisdiction would allow supervisory oversight to have been ceded to foreign courts to such a degree.

It will be interesting to see how the courts of the offshore jurisdictions react to Lamtex. Will they be prepared to provide recognition and assistance to the Hong Kong court if it were to exercise primary insolvency jurisdiction over an offshore incorporate company? It would seem that there is nothing in principle preventing them from recognising liquidators appointed in a company’s COMI, or a jurisdiction with which it has a sufficiently strong connection.

Practitioners would be well advised to carefully watch this space.

For subscribers of GRR (Global Restructuring Review) a copy of the featured article can be found here.