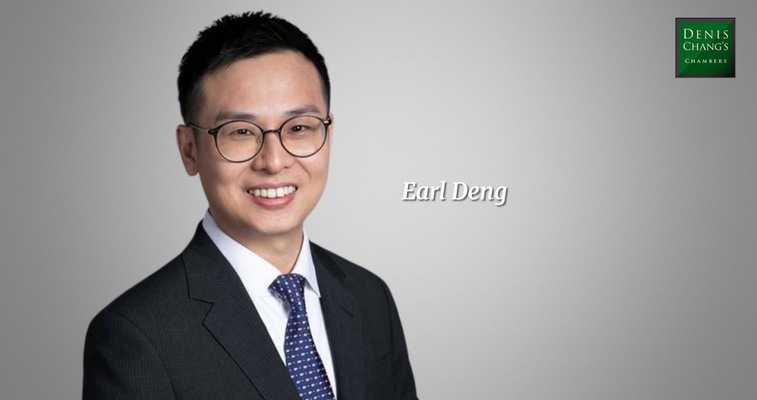 In 蔡建平 v Leung Po Ling & Ors LDBM 250/2018; [2021] HKLdT 18, the Lands Tribunal had to consider whether an ad hoc resolution to amend the number of members to be elected for a new management committee was a matter that was ancillary or incidental to the resolution to elect 15 members, and even if it was, whether it was unfair in the unique circumstances of the case. Earl Deng acted for the 1st to 7th and 9th to 10th Respondents in successfully resisting the Applicant’s application for an order declaring that the ad hoc resolution was invalid and an order for re-election of the management committee. The case concerned a large development, Sui Wo Court, consisting of 3,501 residential units in 9 blocks and being one of the first Home Ownership Scheme developments. Since its incorporation, the Incorporated Owners (“IO”) had always set out the elections of 15 members for its management committees in its Annual General Meetings (“AGM”) notices and duly elected 15 members.

In relation to the AGM for the election of the 9th Management Committee, the notice only set out a resolution to vote for the 9th Management Committee and its office holders without specifying the number of members.  There were in total 15 candidates including the Applicant. During the AGM, an owner raised a resolution to decide the number of committee members to be voted in, and proposed 9, 11 or 15 members (“Ad Hoc Resolution”).  The owners present at the AGM by a majority voted for 9 members and the Applicant was not voted in.

It was agreed that Schedule 3, paragraph 3(7) of the Building Management Ordinance, Cap. 344 (“BMO”)  provided that a resolution may be raised at a general meeting if it was ancillary or incidental to a resolution already duly proposed. In Chinese, the provision reads, “法團會議通過的決議，除非 …… 附加或附帶於如此列載的決議或其他事項，否則無效”.

The Applicant argued that since the issue on the number of committee members is governed by a separate provision (namely Schedule 2, paragraph 1(3) of the BMO), it should be considered a separate matter from the appointment of members. The Applicant also submitted that bearing in mind the historical practice of the IO, it was unfair to all the residents who did not attend the AGM in person or by proxy and therefore did not receive prior notice that the issues raised in the Ad Hoc Resolution were to be voted upon.

The President of the Tribunal rejected the above arguments and agreed with the Respondent’s submissions.

In The Incorporated Owners of the Colonnades v Gordon Tso & Co Ltd, CACV 131/2005, the Court of Appeal held that a resolution ancillary or incidental to a resolution cannot exist independently and must attach to the main resolution, and that it has to bear a sub-ordinate or causal relationship with the main resolution (“附加或附帶決議不能獨自存在而需依附在主要決議上，並和主要決議有從屬或因果關係”).

The Tribunal held that the Court of Appeal’s interpretation does not preclude an in-meeting resolution from being ancillary or incidental simply because it is mentioned and provided for separately by the BMO, or that an in-meeting resolution must always be subordinate to one duly set out in the notice as it could also be the cause of the main resolution. In Chinese, the words “因果” (causal) can be interpreted as the reverse of “從屬” (subordinate). On the proper construction of the phrase and considering the statutory purpose, the Court should look to the substance of the matter and not to the form; the “ancillary and incidental” exception provided a limited leeway to correct inadvertent mistakes and omissions, such as the omission of a resolution in the notice of meeting, as long as it did not involve fraud or dishonesty.

In the present case, the number of committee members was intrinsically linked to the election and establishment of a new management committee, and there was no allegation of fraud or dishonesty – in fact, the outgoing Chairperson who issued the notice of meeting as well as approved the Ad Hoc Resolution did not contest the election, and it was possible to have a resolution calling for elections first and then a subordinate resolution to stipulate the number of members.

As to the issue of fairness, the Court agreed with the Respondent that the concept of fairness is built into the BMO by virtue of the proviso “ancillary or incidental”. The approach is therefore one of procedural fairness, where the court simply has to ask whether a new proposed resolution falls within the scope of the original resolution (ie ancillary or incidental) so that it cannot be said that absent members did not receive sufficient notice. This is consistent with the approach of the Common Law authorities cited, which allows for amendments and proposals as long as such are within the scope of the original notice.

This is the first written decision from a Court that provides detailed reasons and guidance on the approach to resolutions raised only in general meetings in relation to the election of committee members and their composition. It also illustrates the importance of getting things right the first time, as the Courts will look at any subsequent steps for correction to see if there was any fraud, dishonesty or unfairness in reaching decisions. If such irregularity was found, it would render the election results void abinitio as opposed to voidable.

Earl Deng, instructed by Rowdget W Young & Co, acted for the 1st to 7th and 9th to 10th respondents