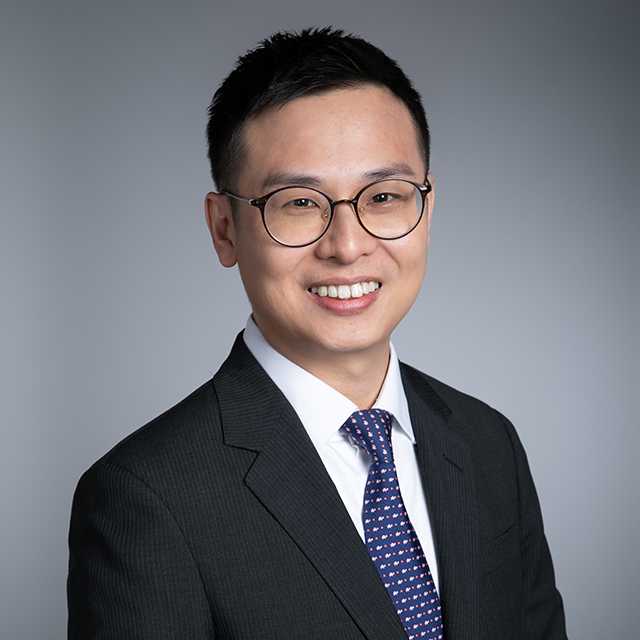 “He is highly capable and sophisticated in advising on both the legal and practical aspects of different stages of commercial litigation.”
Legal 500 Asia-Pacific 2023, Commercial Disputes — Leading Juniors, Tier 1

“He is a proactive and quick-thinking advocate. He adapts himself well to understanding and answering concerns from the bench.”
Legal 500 Asia-Pacific 2023, Labour and Employment — Leading Juniors

“Earl has an excellent legal mind. He is extremely generous with his time, measured, and hardworking.”
Legal 500 Asia-Pacific 2022, Administrative and Public Law — Leading Juniors

“He is very responsive, and a good problem-solver when addressing clients’ needs.”
Legal 500 Asia-Pacific 2022, Labour and Employment — Leading Juniors

Earl Deng read Law at the University of Cambridge, Fitzwilliam College on a Prince Philip Scholarship Bursary and was called to the Hong Kong Bar in 2008, joining Chambers in the same year.

Earl has an active civil law practice involving advisory and advocacy work in complex commercial, contractual, chancery, and intellectual property disputes and is known as a specialist advocate for public and administrative law matters and sexual minority rights.

Earl is also a regular contributor to a large volume of practitioner publications, and has authored original chapters and volumes, including Chitty on Contracts (Hong Kong Specific Edn.), Employment Law and Practice in Hong Kong, Discrimination Law in Hong Kong, and various volumes of Halsbury Laws of Hong Kong.

Breach of M&A agreement of a HKEX ListCO with counterclaim of over HK$1.4 billion

Guarantee discharged against one co-surety, had the effect of discharging other co-surety

Breach of confidence, right to privacy and breach of legal professional privilege and litigation privilege and misuse of private information actionable at common law. Issue arising out of a partnership dispute in the Grant Thornton operations in Hong Kong

Constructive trusts arising from fraud, dishonest assistance and conveyance of property without consideration and abuse of power of attorney

Statutory forfeiture of employer contributions for withdrawals prompted by change of migrant status from a statutory superannuation scheme held to be discriminatory against foreign migrant workers, as the beneficial interest in such contributions were vested upon being made

Director of Immigration entitled to impose as a condition of stay, domestic helpers to live-in their employers home and requirement did not create an unacceptable risk to a breach of fundamental rights against forced labour

Employer breached the implied term mutual trust and confidence in an employment contract, and discriminated against employee by requiring pregnancy testing to be performed

Police did not discriminate against the plaintiff on the grounds of race and the provision of policing services does not fall within s.27 of the Race Discrimination Ordinance

Celebrity endorser asserted beneficial ownership of trademark of “Seba-Skates”, against manufacturer who developed and marketed brand with endorsement license

Compromise of a claim in Labour Tribunal for breach of implied trust and confidence due to falsely accusing an employee of a crime and planting evidence, did not the plaintiff from commencing proceedings for the tort of malicious prosecution in the High Court