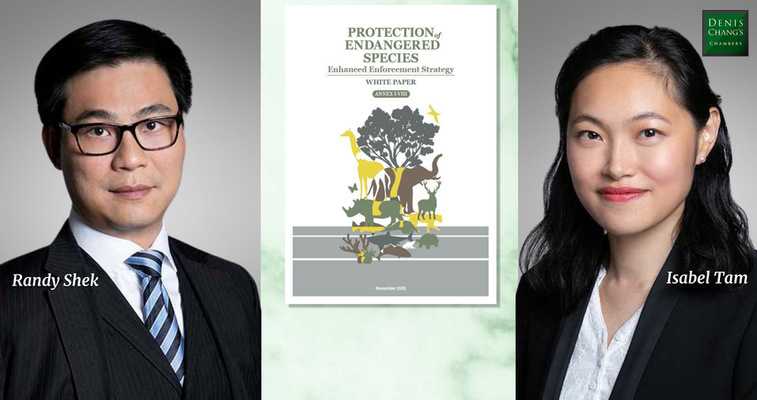 The continuing increase in wildlife trafficking in Hong Kong raises grave concerns as to the sufficiency of the current legal framework in supporting investigations that meet the scale of the problem. ADM Capital Foundation’s newly published White Paper proposes addressing this gap by including wildlife crime within the scope of the Organised and Serious Crimes Ordinance (Cap. 455). Entitled “Protection of Endangered Species – Enhanced Enforcement Strategy”, the paper reviews the role of Hong Kong’s primary legislation that governs wildlife trade in accordance with the Convention on International Trade in Endangered Species of Wild Fauna and Flora, and highlights the extent and nature of the illegal wildlife trafficking in Hong Kong as well as the challenges in enforcement.

In the first four months of 2019, Hong Kong broke its own seizure records when 8.3MT of pangolin scales, representing up to 13,800 pangolins, were seized from a container shipped from Nigeria (seized with 2.1MT of ivory with a total value of HK$62 million). Four further record-breaking seizures occurred in 2019 and 2020, including 82.5kg of rhino horn estimated to be worth HK$16.5 million and is likely to represent the slaughter of 14 white (or 31 black) rhino.

The paper proposes that existing wildlife crime offences should be added to Schedule I of the Organised and Serious Crimes Ordinance, if the Government is to provide a sufficiently strong deterrent against illicit wildlife trade and to affirm its commitment to the protection of endangered species.