Ching Chung Yin Secina v Ching Chung Kam Andrew in his capacity as the executor of the estate of Ching Chi Sau, deceased

The Plaintiff brought proceedings against her late father’s estate for breach of contract and promissory estoppel. The Plaintiff alleged that she made an oral agreement with the deceased which provided that she would assist him on personal and legal matters for remuneration.

Accepting the Defendant’s submissions and finding the alleged agreement’s terms to be so uncertain and imprecise to be enforceable, the Court allowed his application to strike out the Plaintiff’s amended Writ and amended Statement of Claim. The Plaintiff’s action was dismissed with costs awarded to the successful Defendant. 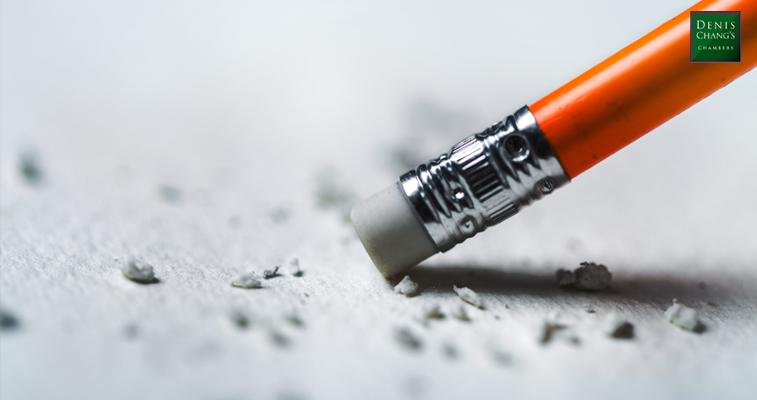 In this domestic dispute, the daughter as Plaintiff initiated legal proceedings against her father’s estate for which the Plaintiff’s brother serves as one of the executors.

The Plaintiff’s case is premised upon an alleged oral agreement between herself and her father, under which she would provide him with assistance in personal and legal matters in exchange for remuneration.  She claimed that her late father breached the oral agreement by failing to honour his obligation to pay.  She also relied on promissory estoppel as an alternative cause of action.

In the Statement of Claim, the Plaintiff also pleaded that her late father had made a part payment to her pursuant to the alleged agreement.

The Defendant took out an application to strike out the Plaintiff’s action on the grounds that the Statement of Claim discloses no reasonable cause of action; is scandalous, frivolous or vexatious’ and/or it is an abuse of process.

Subsequently, the Plaintiff suddenly filed an amended Statement of Claim (“Amended SOC”) just about a week before the substantive hearing for the striking-out application. Counsel for the Defendant had only a few days’ time to consider the amendments and prepare for further and supplemental submissions.

The Court’s Decision and Reasoning

The learned Master recognised that the Courts would generally be reluctant to find an entire agreement uncertain if a part payment had been made pursuant to the alleged agreement. Nonetheless, the Court was persuaded to rule in the Defendant’s favour and ordered the striking out of the Amended Writ and Amended SOC.

The Plaintiff’s action was accordingly dismissed with costs awarded to the Defendant.