The District Court affirmed that expert opinions are never binding on the Court. In assessing the damages payable for the Plaintiff’s personal injury claim, the Court held that – contrary to the medical experts’ views – the Plaintiff was no longer able to resume her pre-accident job and it was reasonable for her sick leave to have lasted longer than what the experts deemed appropriate.

Furthermore, the Court ordered costs to the Plaintiff on an indemnity basis with enhanced interest at the rate of 2% above judgment rate. The Plaintiff already obtained interlocutory judgment on liability for her personal injury claim against the Defendant. Hence, the only issue before the Court was the amount of damages to be awarded.

Background of the accident

The Plaintiff worked as a saleslady at the Defendant’s shoe store. On the date of the accident , the 27-year-old Plaintiff went into the storeroom and climbed up the ladder to get shoes for her customers’ fitting.

While she was still standing on the ladder carrying 2 boxes of shoes in her hands, she slipped and fell, injuring her left ankle. At the hospital, the Plaintiff underwent surgery for bimalleolar fracture to her left ankle. Upon discharge, she had to walk with a frame.

Impact of injury on the Plaintiff’s livelihood

Before the accident on 31 January 2016, the Plaintiff had to stand for at least 8 hours a day and climb on the ladder to fetch shoes for customers’ fitting for 40 to 50 times a day. She also worked many overtime hours to earn more money. After the fall, the Plaintiff could not stand for more than 2 to 3 hours at a time.

The accident eventually cost the Plaintiff her job. When her 2-year sick leave period expired, she was persuaded by the Defendant to resign.

Afterwards, the Plaintiff tried but failed to find a sales job in less demanding trades, which paid substantially less than her pre-accident job. When she eventually landed one, she had to quit because the job’s demands caused further pain in her ankle. Since 1 July 2019, the Plaintiff has been working as an office assistant, which does not require standing for long hours.

The two expert witnesses were the orthopaedic experts of the Plaintiff and the Defendant respectively. They prepared a joint expert report on:

• Prognosis – Both expert witnesses opined that the Plaintiff has recovered well from her injuries. She is expected to feel an intermittent attack of left ankle pain, or a residual but mild degree of ankle soreness during activities such as prolonged walking, climbing and heavy lifting in the supermarket.

• Working capacity – The report also stated that the Plaintiff should be able to return to her pre-injury occupation with mild reduced efficiency and capacity in various situations such as prolonged and persistent standing during sales duty, and climbing up and down the stairs and ladder for taking stocks. She may also require intermittent rest because of left ankle pain.

The Court agreed with Simon Wong, Counsel for the Plaintiff, that “the Court is never bound by the experts’ opinion”:

“On the issue of suitability to return to a particular job, the Court will take into account all of the evidence available in the case, including both factual and expert evidence. In this case, besides the experts’ opinions stated in the Joint Report, I have taken into account the nature of the plaintiff’s injuries; the objective medical evidence; her treatment records and history; the plaintiff’s explanations as to why she was unable to cope with the job as a saleslady; her attempts to find and work in other sales jobs; the demand of her pre-accident job; and her present complaints.” (§23, Assessment of Damages)

Considering all the evidence, the learned Judge accepted that the Plaintiff’s injuries caused her to suffer from some permanent lower limb deficit which would affect her job performance and earning capacity. Given the relatively high physical demands of her pre-accident job, the Court concluded that she would not be able to cope and return to that role.

The medical experts opined that the Plaintiff should have taken only 21 months of sick leave.

However, the Court noted that they failed to give any particular reasons to support this opinion, to analyse whether the Plaintiff’s condition was static at the end of the 21-month sick leave (i.e. 25 October 2017); nor to consider the further sick leave after assessment by the Employees’ Compensation (Ordinary Assessment) Board.

Judging from the medical evidence, the Court held that by 25 October 2017, the Plaintiff’s condition had not yet become static and had not reached the maximum medical improvement state. Taking all the circumstances into account, the Court allowed sick leave up to the end of her last course of physiotherapy treatment on 28 February 2018. 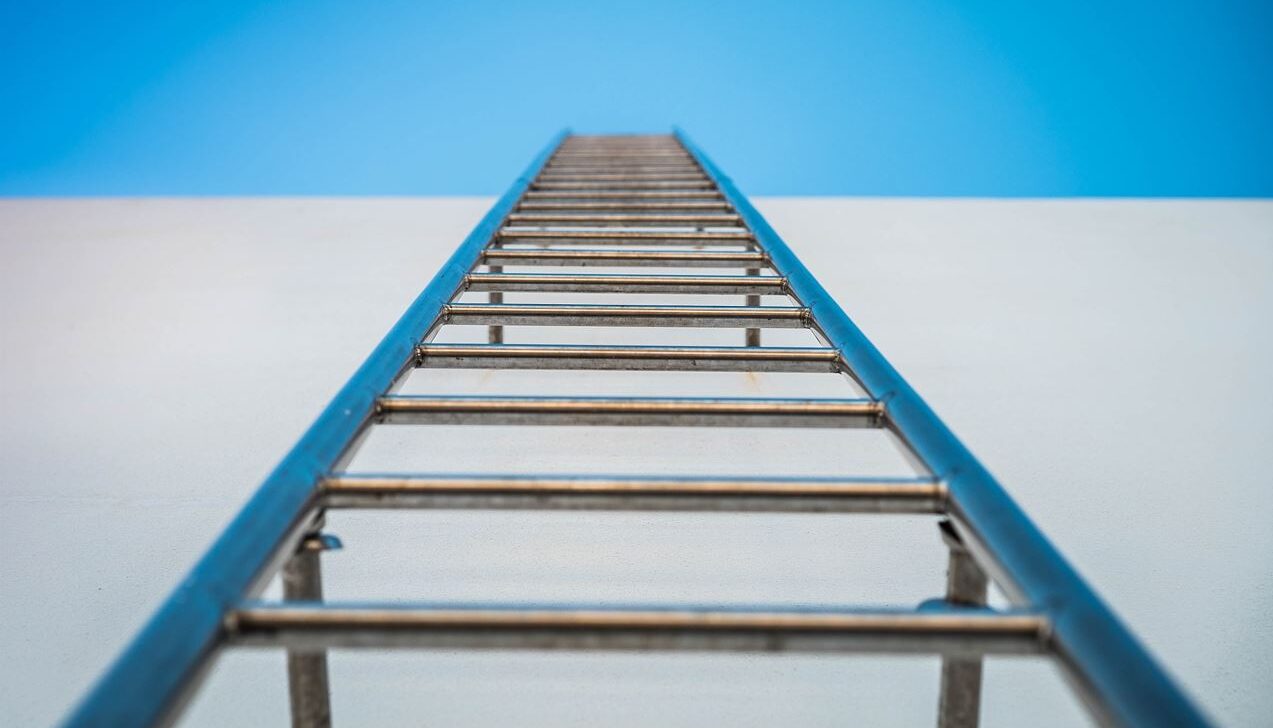 In addition to the experts’ opinions, the learned Judge considered a range of other relevant factors including the nature of the plaintiff’s injuries, the demands of her pre-accident job and her present complaints.

In total, the Court awarded the Plaintiff HK$991,160 in damages under various heads including:

The learned judge found that the Plaintiff’s injuries and condition are more akin to those suffered by the victims in less serious cases such as Li Chi Sing v Equal Link Limited (unreported, DCPI 1930/2021, 6 March 2013). Considering the special features in the present case including the extreme difficulty of returning to her pre-accident job in a busy shoe shop, the Court held that an award of HK$250,000 would be reasonable.

• Pre-trial and post-trial loss of earnings

In opposing the award of damages under these heads, the Defendant attempted to rely on the experts’ joint opinion that the Plaintiff could resume her pre-accident job.

The Court held that, on the contrary, the Plaintiff could no longer resume her pre-accident job. The Plaintiff took reasonable steps in mitigating her loss by seeking and at least trying once to work in similar jobs. Moreover, it was reasonable for her to leave the retail industry which requires long hours of standing and walking.

The Defendant never responded to the 1st sanctioned offer. By then, this personal injury case had already dragged on for over 3 years, causing extreme exhaustion and stress to the Plaintiff.

The Defendant’s conduct also contributed to the protracted litigation process. Its witness statement was filed 6 months late without any good explanation. After ignoring the 1st sanctioned offer, the Defendant conducted an elaborate exercise of specific discovery on the Plaintiff’s bank statements.

As a last attempt to settle the case, the Plaintiff made a 2nd sanctioned offer at the reduced amount of HK$415,000, which the Defendant did not accept.

The parties accepted that Order 22 rule 24 of the Rules of the District Court, Cap. 336H was engaged in this case. Under this rule, the Court may – unless it considers it unjust to do so – order interest not exceeding 10% above judgment rate on the sum awarded to the Plaintiff and order costs on the indemnity basis.

In evaluating whether to make such orders, the Court needs to assess the Defendant’s conduct over the course of the litigation and whether the Defendant acted reasonably in rejecting the Plaintiff’s sanctioned offer: Wah Lun International Development v Lau Chiu Shing [2021] HKCFI 1976.

Court’s decision – No injustice to the Defendant

Mr. Kumar Ramanathan SC, Counsel for the Defendant at the hearing on costs, contended that the Plaintiff’s 2nd sanctioned offer constituted a “tactical ploy” rather than a genuine settlement offer.

Rejecting this argument, the Court observed that:

“Of course, in each [personal injury] case, like any civil case, it involves tactical moves made by opposing parties. This is what litigation is about. It is an art of compromise. In my view, as long as they are genuine attempts for the parties to achieve settlement without going to trial, I do not see anything wrong with that. … The fact that [the Plaintiff] was willing to compromise her claim substantially (which was against her counsel’s advice) should not in my view be treated as something deplorable or labelled as a “tactical ploy”.” (§31, Decision on costs)

Moreover, the learned Judge agreed with Simon Wong, Counsel for the Plaintiff, that a genuine but wrong assessment of the claim does not make it unjust for the Court to impose the orders:

“However, the fact remains that, after a 2-day assessment hearing, the defendant was found liable to pay more than double of the plaintiff’s sanctioned offer.  And there was no appeal to the Judgment. …

In the context of this case, I find that had the Defendant acted reasonably in accepting the Plaintiff’s 1st sanctioned offer, this case would have been ended much earlier and a lot of unnecessary costs could have been avoided. There is no injustice caused.” (§35 & 36, Decision on costs)

In conclusion, the Court allowed the variation of its order nisi on costs. The Defendant was ordered, among others, to pay the Plaintiff’s costs of the action on an indemnity basis as well as interest on her costs at the rate of 2% above judgment rate.