What is the solution for dealing with land trespassers and other unlawful occupiers – when landowners are clueless as to their identities and how they came into occupation? The summary procedure under Order 113 of the Rules of the High Court (Cap. 4A) provides a swift remedy for recovery of possession. For legal practitioners who act for plaintiff landowners, knowing the ins and outs of this procedure is essential. Ross M.Y. Yuen and Emily Ting of Denis Chang’s Chambers explain the practical aspects of pursuing this remedy and pitfalls to watch out for. In the wake of new town development in the New Territories since the 1970s and the ever-surging property price in Hong Kong, savvy investors in the past, particularly during the 1980s, had been accumulating land bank in the New Territories. We have come across many such landowners who had no idea as to the exact location of the land or its occupation status before or even after the purchase. After all, such land was bought at a time when property prices were low and claims of adverse possession were uncommon.

Legal problems however have frequently arisen in the last 15 years.  The owner may find himself faced with trespassers and occupiers on the land, whose identities, and the circumstances of their coming into occupation, are unknown. In such a situation, the summary procedure under Order 113 of the Rules of the High Court (Cap. 4A) provides a swift remedy for the owner to recover possession against squatters and other trespassers.

An O.113 application is taken out against occupiers who have entered into or remain in possession of the land without the licence or consent of the person claiming possession, such as unlawful squatters and sub-tenants. It is suitable where the identities of the occupiers are not known to the plaintiff. It is also a useful tool to stop the threat of adverse possession by any squatters on the land. There is precedent in which this procedure was used to obtain possession against a licensee of staff quarters whose licence had been terminated (see Matilda & War Memorial Hospital v Henderson [1997] HKLRD 356). The procedure is equally applicable to apartments of multi-storey buildings.

An O.113 application is not suitable in certain circumstances, for example:

• the plaintiff is aware of the identity of the occupier AND triable disputes of fact such as adverse possession or disputes over beneficial interest in the property. In such case, a usual writ action would be more appropriate;

• the defendant in question is a tenant holding over after the termination of the tenancy;

• the plaintiff wishes to claim other forms of relief (other than recovery of possession) including for payment of money such as rent and mesne profits, damages, injunctions or declarations.

O.113 proceedings are begun by originating summons with an affidavit in support, explaining the plaintiff’s interest in the land and the circumstances in which the land has been occupied without licence or consent. The land, especially if there is more than one parcel of land, should be identified by name in the originating summons and preferably by reference to a plan.

The advantage of the O.113 procedure is that it is not necessary to name the defendant(s) on the originating summons. It is very often the case that the name of the occupier(s) are not known to the plaintiff, especially if the land in question is an open unfenced area or farmland with a multiplicity of trespassers and occupiers. If there are any potential occupiers whose names are not known to the plaintiff and therefore not named as defendant in the originating summons, the affidavit should confirm that the plaintiff does not in fact know their names. There is no legal requirement for the plaintiff to take steps to try to identify such persons (see Kwong Shook Ling (as sole executrix of the estate of Yu King Kwok, deceased) v the Occupants of Lot No. 841 in Survey District No. 3, Sai Kung, New Territories (HCMP 2859/2003, 22 March 2013)).

Since it is not necessary to name the defendants, O.113 also dispenses with the need for acknowledging service. It merely requires the attendance of any occupier(s) before the Court on the return day stated on the originating summons, if he or she wishes to contest the proceedings.

Proper service of the originating summons and the supporting affidavit is therefore key where the plaintiff cannot identify the occupier(s) in question.

O.113, r.4 stipulates modes of service of the originating summons. Care must be taken in the service of the O.113 application as irregular or defective service may result in the Court refusing to make the possession order sought or subsequently setting aside any order made under O.113.

If the plaintiff is able to identify and name any occupiers on the originating summons, the summons and supporting affidavit should be served on those occupiers according to the usual rules of service, such as personal service, by ordinary post or by leaving at the premises.

Whether or not the plaintiff can name and identify the occupiers in question, the plaintiff is required to ensure that the sealed originating summons and supporting affidavit are served by:

• affixing copies of them to the conspicuous parts of the premises; and

• if there is a letter-box at the premises, copies of the summons and affidavit enclosed in an envelope addressed to “the occupiers” should also be inserted through the letter-box. 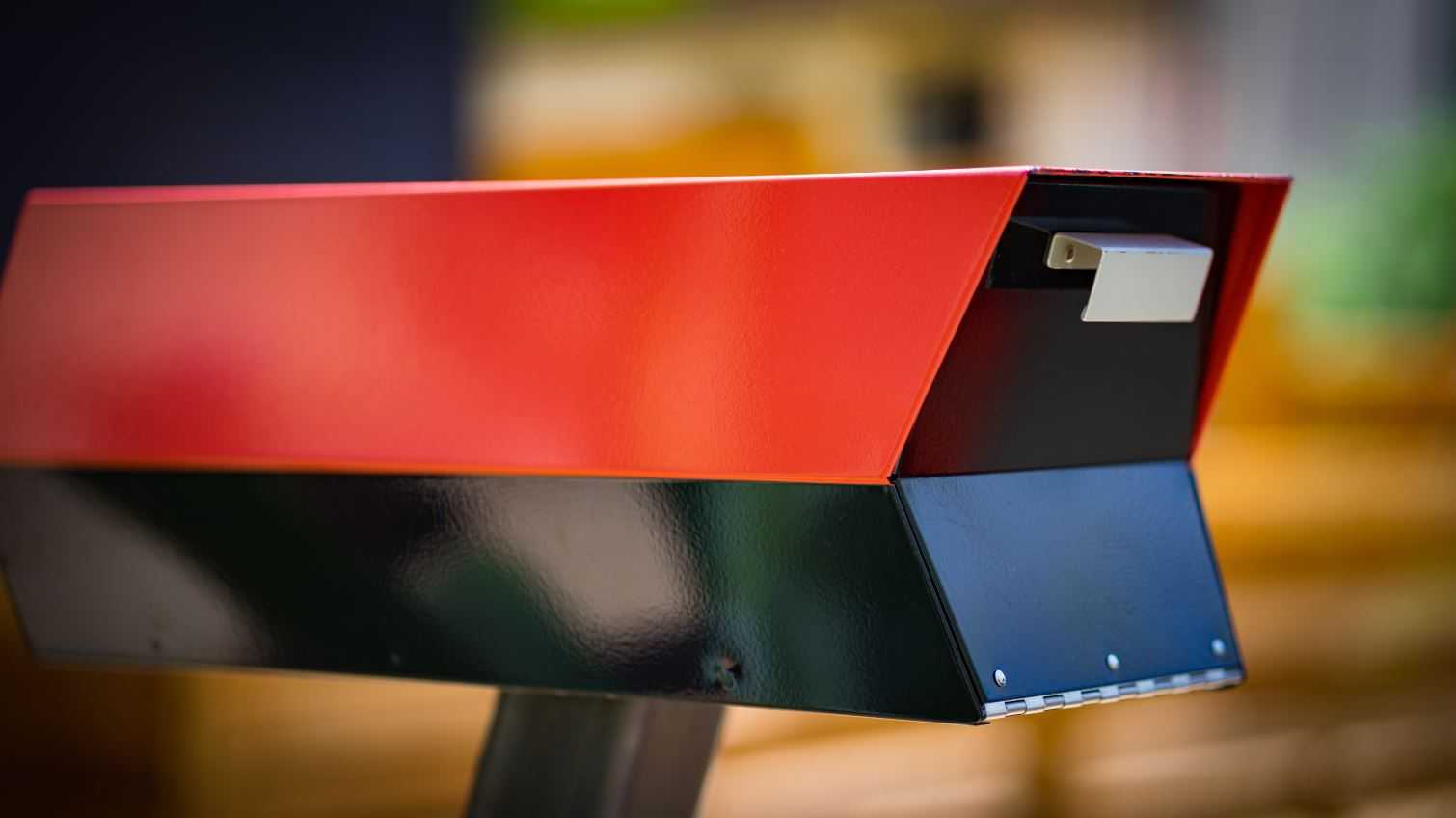 The letter box into which the sealed envelope is inserted must be “at” the premises. In Lai Tso Pui v the Occupants (HCMP 410/2012, 5 July 2013), insertion through the letter box was held ineffective because the letter box was not at the house concerned, but attached to a board erected for letter boxes of the properties in a particular village which was not located at the premises in question.

Practitioners acting for the plaintiff should ensure that the parts chosen for affixing the documents are conspicuous to an objective bystander such that the process can effectively be brought to the notice of any occupiers. For example, where there are structures erected on open land, the documents should be affixed to the main door or conspicuous parts of the structure (see for example Kwong Shook Ling (as sole executrix of the estate of Yu King Kwok, deceased) v the Occupants of Lot No. 841 in Survey District No. 3, Sai Kung, New Territories (HCMP 2859/2003, 22 March 2013)). If the land in question covers a large open area, the plaintiff should also consider posting up copies of the summons and affidavit at multiple points within the area and at the boundaries of the land, for example on fences, electricity poles and other similar structures.

In practice, practitioners acting for the plaintiff may consider affixing a cover letter in Chinese together with the originating summons and affidavit to explain the proceedings, in order to prevent occupiers from later asserting that they did not understand an application for possession was being brought due to language barriers.

The Court will refuse to grant an order for possession if adequate service is not proven. The plaintiff should be prepared to file an affidavit of service before the return day to satisfy the Court as to proper service. It is advisable to exhibit to the affidavit photographs depicting the state of the land and the manner in which the court documents were affixed to the land and the location of the letter box, as well as a plan showing at which points the documents were affixed. It is absolutely not sufficient to simply state that the court documents have been affixed to the conspicuous parts of the premises without giving any specifics.

On the return day, usually heard before a master, an occupier may appear before the Court and indicate his or her intention to be joined as a defendant to contest the proceedings according to O.113, r.5. The Court will then direct the occupiers and the plaintiff to file respectively the affidavit in opposition and affidavit in reply, and fix a date for a further direction hearing.

At the further direction hearing, if the Court is satisfied that there are issues to be tried, the usual practice is to make appropriate orders under Order 28 of the Rules of the High Court for the continuation of the proceedings, such as ordering the proceedings to continue as if begun by writ, and directing pleadings to be filed between the parties (see for example, Goldmen Electronic Company Limited v Shum Wai Man, HCMP 4755/2001, 18 January 2002). In an appropriate case, the Court may also adjourn the matter for a substantive hearing to deal with the dispute summarily on the affidavit evidence, although such situations are quite rare.

If no occupier appears before the Court on the return day seeking to join as a defendant, the order sought may be made by the Court.

Once a writ of possession is obtained under O.113, it is an order in rem and binds even squatters who have not been parties to the proceedings. It empowers the bailiffs to clear the premises and turn out all squatters and occupiers at once even if they have not been parties to the proceedings (see Yu Fung Co Ltd v Olympic City Properties Ltd (CACV 165 and 166/2017, 5 June 2018).

However, it should be noted that even after an occupier has been evicted on the strength of a writ of possession, he may still apply to join in the action and set aside the order and writ of possession (see Chan Kwok Chu v Gotland Enterprises Ltd (HCA 282/2015, 6 January 2016). Rule 8 provides that a judge may, on terms, set aside or vary any order made under O.113.