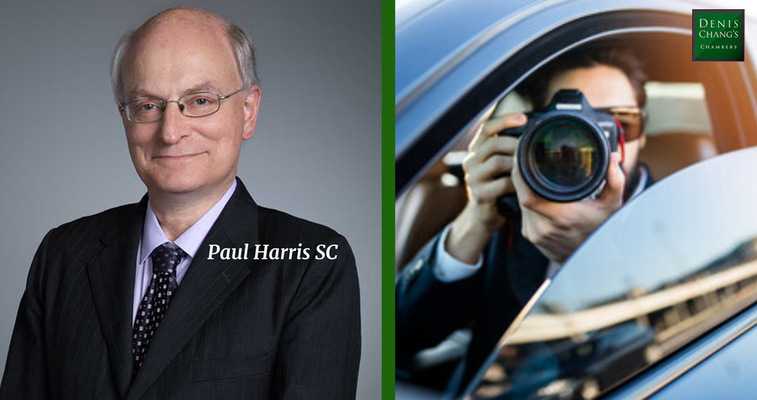 Paul Harris SC examines the current case law in Hong Kong in relation to various forms of harassment – from intimidation, nuisance calls, to doxing, and general disputes between private individuals. 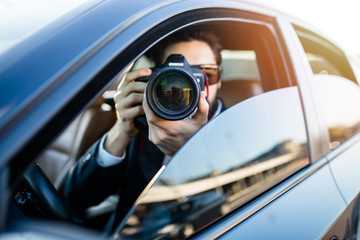 Harassment is regrettably common in Hong Kong. Many people will have had the experience of being inundated with nuisance calls or coming home to find their front door splashed with paint or plastered with angry red writing demanding payment of a debt. Sadly, there is a prevalent view among many landlords and businessmen that it is cheaper and more efficient to obtain redress through strong-arm tactics than to go through the courts. This is a discreditable tradition not compatible with the rule of law, which damages Hong Kong’s quality of life. The purpose of this article is to help victims of this kind of harassment to use the law to defend themselves.

Harassment by a debt collector, a landlord, a former business associate, or indeed a present or former spouse, is tackled legally by application for an interlocutory injunction restraining the defendant from the conduct described in the injunction order. The application should be supported by an affirmation or affidavit giving detailed evidence of the acts of harassment. It must be accompanied by a draft of the order which the court is being asked to make. An urgent hearing is usually appropriate. Failure to act urgently may lead the court to conclude that the matter is not as serious as alleged and in some cases to refuse relief.

There used to be legal difficulties in relation to securing an interlocutory injunction specifically against harassment but these have been greatly reduced by case-law developments in recent years.

An interlocutory injunction is a form of interim relief in a civil action. Therefore in order to be able to apply for an interlocutory injunction the applicant must have a cause of action against the person(s) against whom the injunction is sought. This presents no legal difficulty in a case where the harassment involves the torts of assault or trespass. Equally where a landlord is harassing a tenant that harassment is a breach of the landlord’s covenant of quiet enjoyment implied into every lease at common law, giving rise to a claim for breach of contract.

Difficulties have arisen in the past where harassment did not amount to assault or trespass, and was by a person with whom the victim had no contractual relationship. Common examples include nuisance phone calls, threats, embarrassing a person at their place of work as a way of putting pressure on them, falsely ordering goods or services in a person’s name, stalking, and abuse of personal information e.g. “doxing”.

Some of these forms of harassment involves breaches of personal privacy, which is protected under Bill of Rights Article 14. The state is under an obligation to ensure for citizens the rights in the Bill of Rights, so that it would be possible for a victim whose privacy rights were not adequately protected by the HKSARG to bring a judicial review against the Government for its failure as has been successfully done in relation to the right not to be subjected to from forced labour ( ZN v Secretary for Justice [2018] 3 HKLRD 778) and the right not to be subjected to cruel, inhuman or degrading treatment (陳基裘 v HKSARG, HCAL1747/2019). However, this is unlikely to be necessary, as private law has developed so as to provide adequate remedies.

Actions taken to harass someone will sometimes amount to the tort of intimidation. Intimidation involves a threat by one person (D) to commit an unlawful act against another person (P) unless P acts in a way which D intends or should have foreseen will cause P loss, and P complies with the threat by acting in the required way, and as a result suffers loss. Intimidation is thus often concerned with events which have already happened, but as long ago as Rookes v Barnard [1964] AC 1129, the House of Lords confirmed that an injunction was available to restrain an intimidation. Not all harassment falls within the definition of intimidation set out above. There may be no explicit threat, or the harassment may have other purposes than intimidation, such as revenge or mere pleasure in causing annoyance. Until 1997 there was no tort of harassment in English law and this left a gap in the law in cases involving e.g. revenge harassment by rejected lovers. The English Court of Appeal attempted to deal with this problem in the rejected lover case of Khorasandjian v Bush ([1993] QB 727) by extending the tort of nuisance to cover this kind of conduct and so be able to grant an injunction against it.

However, this approach was expressly disapproved by the House of Lords in Hunter v Canary Wharf [1997] AC 655, which held that the action for nuisance was only available to some-one with a legal interest in land, quiet enjoyment of which was interfered with by the harassment. The victim in Khorasandjian v Bush did not have any such interest in the flat where she lived.

Hunter was applied in Hong Kong in Ng Hoi Sze v Yuen Sha Sha CACV 93/1999, and the principle it lays down is now settled law. A legal tenant of property will have a cause of action in nuisance. A licensee or a dependent family member of a tenant will not.

In England the Protection from Harassment Act 1997 introduced both a crime of harassment and a statutory tort of harassment, with provision for the grant of injunctions to prevent it. The fact that that Act had been enacted was referred to by the House of Lords in Hunter in overruling Khorasandjian.

Hong Kong does not have any equivalent legislation to the English Protection from Harassment Act. Nevertheless, this has not prevented the Hong Kong courts from developing a common law tort of harassment to meet the obvious gap in the law which would otherwise exist.

1. Little guidance on the common law could be obtained from the English courts because of the statutory provisions there, which have no Hong Kong equivalent;

2. it was arguable that a tort of harassment  per se, or as part of a tort of intentional (or reckless) infliction of injury (physical or mental), existed at common law;

3. it was arguable whether a tort of intentional (or reckless) infliction of injury, if it existed, sounded in damages;

4. it was arguable that even if the two torts (or one of them) did not exist as such at present at common law in England (where at least in relation to harassment there has been legislative intervention, thus removing the need for common law development), the common law in Hong Kong might include the tort(s); and

5. it was arguable whether the tort(s) require(s) as one of its/their essential elements the suffering of actual physical injury or known psychiatric illness, or whether mere distress or humiliation would suffice. 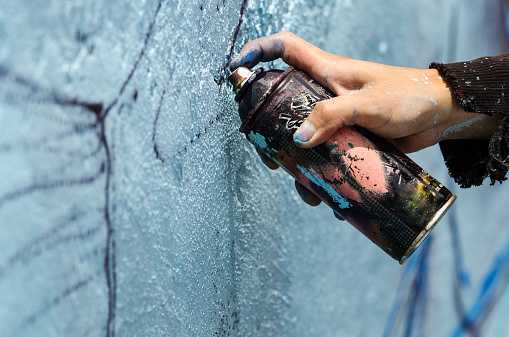 More recently the Hong Kong courts at first instance have repeatedly taken the view that there is a tort of harassment in the common law of Hong Kong.

In Lau Tat Wai v Yip Lai Kuen Joey [2015] 2 HKLRD 1197, A. Chan J held that there is a common law tort of harassment in Hong Kong and that its ingredients are a cause of conduct by a person, whether by words or action, directly or through 3rd parties, sufficiently repetitive in nature as would cause, and which he ought reasonably to know would cause, worry, emotional distress or annoyance to another person. In reaching this conclusion A Chan J was following the development of the common law in Singapore, which had recognized a common-law tort of harassment since 2001 (Malcolmson v Mehta [2001] 4 SLR 454), and recognizing the fact that the development of English law was no longer a guide to the development of the law in Hong Kong since the enactment of the UK 1997 Act.

Lau was a case of exceptionally severe and damaging harassment by an ex-girlfriend over a period of six years, which had seriously damaged a young man’s career. The outrageous nature of the defendant’s conduct led the judge to take this important step in developing the law by granting an injunction to restrain the conduct ( as well as substantial damages). The order made by the judge, which is set out in the reported judgement, is a model order which has been applied or adapted in other cases since.

Shortly afterwards in Poon Seong Teresa & Ors v Chan Norman & Anor [2014] 5 HKLRD 60, Deputy High Court Judge Linda Chan disagreed with Lau Tat Wai and held that there was no tort of harassment in Hong Kong. This holding was however per incuriam as the judge’s attention was not drawn to the Court of Appeal decision in Wong Tai Wai, David.

The issue was revisited in Secretary for Justice and Commissioner of Police v Persons Unlawfully conducting themselves in any of the acts prohibited under paragraphs 1 A, B or C of the Statement of Claim [ 2019] 5 HKLRD 500. This involved a successful application by the Commissioner of Police for an anti-harassment interlocutory injunction against persons unknown who were “doxing” police officers and their families during the 2019 protests. Coleman J applied an expanded version of the definition of harassment formulated by A Chan J in Lau:

“22. The  tort of harassment under common law, as recognized in Hong Kong, relates ordinarily to a course of conduct by a person by words or action directly or through third parties, sufficiently repetitive in nature that that person ought reasonably to know would cause worry, emotional distress or annoyance to another person. The mental element required is being reckless as to whether the victim would suffer injury from the conduct. Damage to the victim is necessary to constitute the complete tort. Harassment can result in a range of reactions, extending from physical injury at one end of the scale to mere humiliation at the other. The correct balance has to be struck in the particular circumstances. Anxiety is capable of constituting damage, and financial loss would also be recoverable.

23. Insofar as it might be argued, and has been argued in other cases, that the tort of harassment is not recognized in Hong Kong law, I disagree. In any event, it is at least sufficiently seriously arguable that such a tort does exist as would justify proceeding on that basis when considering the potential grant of interlocutory relief.”

It can therefore now safely be said that the tort of harassment exists at least to the extent that it is available as a basis for the grant of an interlocutory injunction. There is therefore now a legal remedy for all forms of harassment.

The court will only grant an injunction if the application is supported by credible evidence. The same rules about factual care in preparation of the supporting affirmation apply as with any other application to court. Photographs of any physical evidence such as splashed red paint, painted slogans, or criminal damage, should be exhibited. Where, as will usually be the case, harassment consists of a large number of repetitious acts, the victim would be well advised to keep a diary of these events which can then also be exhibited to the affirmation. Where the harassment consists of nuisance telephone calls, the victim’s telephone billing records should be obtained and produced. Where the harassment may amount to a crime, such as criminal damage, criminal intimidation or assault, a police report should be made, and the record of the report to the police also exhibited. With careful preparation of this kind the victim should have no difficulty obtaining an appropriate injunction from the court.

This article was first published in the January 2021 online edition of Hong Kong Lawyer.