The Court is satisfied that the Applicant has taken reasonable steps in attempting to return the client assets, and that allowing payment into Court will not be unfair to the relevant clients despite the inconvenience caused.

The Applicant, a securities broker, ceased business due to the COVID-19 pandemic. Despite having informed clients of the cessation in advance, 113 clients failed to retrieve their assets and securities. The High Court allowed the Applicant’s ex parte application to pay into Court the unclaimed client assets, including cash and securities, under sections 56 and 62 of the Trustee Ordinance (Cap. 29) and Order 92 of the Rules of the High Court (Cap. 4A). 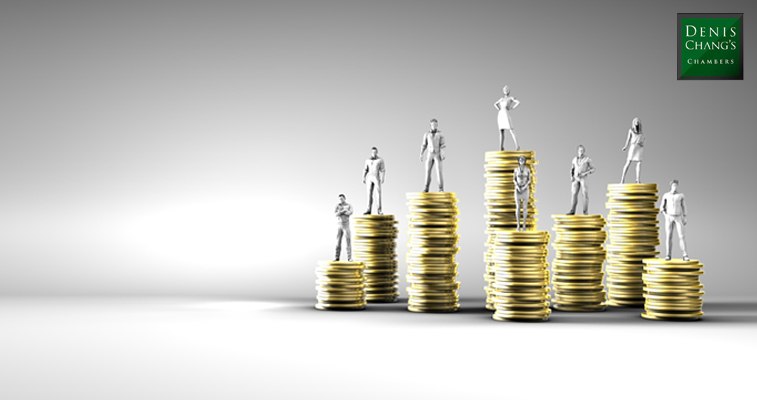 Due to the COVID-19 pandemic, the Applicant decided to cease its business in late 2020. However, some of its clients failed to come forward to retrieve their assets and securities held in the Applicant’s accounts worth around HK$1 million in total value.

After exhausting all possible means to contact those clients to no avail, the Applicant took out an ex parte application under sections 56 and 62 of the Trustee Ordinance (Cap. 29) (“TO”) and Order 92 of the Rules of the High Court (Cap. 4A), seeking leave to pay the unclaimed assets into Court.

Deputy High Court Judge Winnie Tsui recognised the ex parte application as a “flexible and pragmatic solution” to the situation and gave her decision following three hearings held during the period from September 2021 to March 2022.

During each hearing, the Court was duly updated on all the reasonable steps and efforts which the Applicant took to notify its clients of its cessation and return their assets, as well as any responses received.

Pursuant to the advice of Counsel (Jeffrey Tam and Angela Mui), the Applicant reached out to the relevant clients and explained the consequences of the ex parte application through all possible channels including at least 18 cycles of telephone calls, at least 20 rounds of emails and a total of 4 newspaper advertisements and notices on its website.  The Applicant put additional efforts into contacting clients who had relatively more substantial assets.

In her Decision, Madam Justice Tsui particularly highlighted such efforts made by the Applicant over the 15 months since its cessation of business. Her Ladyship found that the Applicant had, through its persistent efforts, discharged its positive duty to contact clients about the return of their assets.

Under Section 56 of the TO, the Court may confer on a trustee the necessary power to dispose of trust property. This power may be exercised if, first, the trustee establishes that no such power has been vested in it and, secondly, it would be expedient for the Court to confer such power on the trustee: Re K&R International Ltd [2021] 2 HKLRD 47, [2021] HKCFI 561; Re Wing Fat Securities Limited [2021] HKCFI 3851.

While this provision seems straightforward, the Court has declined applications in the past. If the trustee already holds the power to settle its clients’ assets at its discretion, it would be unnecessary to invoke the process of the court in the administration or management of the trust.

In Re Wing Fat Securities Limited, some of the Applicant’s clients instructed it to settle the assets on their behalf. The relevant assets, which bore little or even no value, were not included in the Applicant’s section 56 application. Based on these circumstances, the Court held that section 56 should not be invoked.

Having considered the efforts made by the Applicant and the size of the unclaimed assets, the Court held that this was a proper case to grant the reliefs sought.

The learned Judge is satisfied that the Applicant has taken reasonable steps in attempting to return the client assets, and that allowing payment into Court will not be unfair to the relevant clients:

“They will have to apply to court for payment out (if they wish) and may suffer inconvenience as a result. However, on the materials before me, there does not appear to be any further thing which the applicant can reasonably be expected to do in order to take the matter further. The inconvenience of the clients, if any, is perhaps something that has to be put up with in the circumstances.” (Para. 28, Decision)

This decision affirms that the trustee is primarily responsible for taking all reasonable steps to return the assets entrusted to it by clients, since payment into Court would shift the “burden” and costs of holding the unclaimed assets from the Applicant to the Registrar of the High Court: Re K& R International Ltd [2021] 2 HKLRD 47, [2021] HKCFI 561; Re X Ltd [2018] HKCFI 15; [2018] HKEC 91.

As Deputy High Court Judge Winnie Tsui pointed out in Re K&R International Ltd, the Applicant should not treat the Court as if it were their back office by handing over the administration and management of unclaimed assets to the Court following cessation of business.

When exercising its discretion, the Court would examine whether there is sufficient justification for such use of the Court resources. One obvious factor is whether the client has considered any viable alternative solution. In other words, although taking out an application under sections 56 and 62 TO can be effective, it should remain as the last resort.

Trustees who find themselves in a similar situation should duly contact all clients as effectively as possible, and to use its best endeavours to fill in any possible gaps in getting hold of the clients’ personal information. These efforts should be made within a reasonable period of time to demonstrate to the Court that the positive duty has been duly satisfied, and to avoid burdening the Court.

Jeffrey Tam and Angela Mui, instructed by Khoo & Co., appeared for the successful Applicant. Angela appeared as sole advocate in the first hearing on 10 September 2021 and with Jeffrey at the second and third hearings on 18 February and 4 March 2022 respectively.

This article was first published on 4 April 2022.