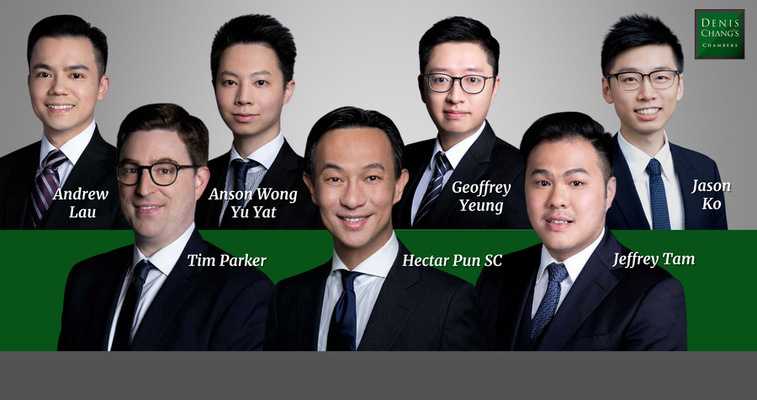 The Court of First Instance has held in a series of judicial review cases that the failure of police officers to display unique identification markings during anti-extradition bill protest operations contravened the Hong Kong Bill of Rights. The Court further held that the arrangements in place for investigating complaints against police officers, involving the Complaints Against the Police Office (“CAPO”) and the Independent Police Complaints Council (“IPCC”), are not sufficiently independent and fail to meet constitutional requirements.

The judicial review applications relate to the conduct of police officers in the course of ‘OPERATION TIDERIDER’, launched in response to the large scale protests following the now-withdrawn Fugitive Offenders and Mutual Legal Assistance in Criminal Matters Legislation (Amendment) Bill 2019.

In all of five cases (HCAL 1747, 1753 2671, 2703 and 2915 of 2019), the Applicants challenged the deployment by the Commissioner of Police of officers without clearly visible, unique identity markings – particularly in relation to officers placed on anti-riot duty and “Special Tactical Contingent” officers (“STC”, commonly known as “速龍小隊” or “Raptors”). The Applicants contended that this practice violated the Government’s positive duty, pursuant to Article 3 of the Hong Kong Bill of Rights (“BOR 3”), to ensure that allegations of misconduct police officers could be effectively investigated, leaving officers potentially unaccountable for misconduct and fostering a culture of impunity (“the Police Identification Issue”).

In HCAL 2915 of 2019, the Hong Kong Journalists Association (“HKJA”) further challenged the constitutionality of the mechanism in place for investigating complaints of misconduct against police officers. HKJA contended that CAPO – whose officers rotate in and out of regular police duties – lacked formal and practical independence from the Police Force it was charged with investigating, and that the IPCC, while independent, lacked investigative powers of its own and was reliant on CAPO to investigate cases (“the Complaints Mechanism Issue”).

The Court of First Instance (the Honourable Mr Justice Chow) upheld both sets of challenges.

On the issue of police identification, Chow J found that the Government had a positive obligation to prevent, investigate and punish acts of torture and cruel, inhuman or degrading treatment or punishment under Article 3 of the Hong Kong Bill of Rights (“BOR 3”). The deployment of masked police officers in the field without unique and clearly visible identifying markings was incompatible with that duty since this would frustrate legitimate attempts to investigate any allegation of police misconduct. The Court held that:

• The “Alpha ID” and “Callsign” systems adopted by the police were flawed because neither was unique to one police officer;

• There was evidence that some officers had deliberately obscured the Alpha ID and Callsign identifications issued to them, and there was no evidence that adequate measures had been put in place to prevent such practices; and

• The fact that the Alpha ID was only attached to the back STC officers’ helmets substantially impaired its effectiveness as a means of identification.

The Court accordingly declared that:

“The failure of the Commissioner to establish and maintain an effective system to ensure that every police officer deployed in carrying out non-covert duties in Operation TIDERIDER wears and prominently displays an identification number or mark which is unique to that officer violates Article 3 of the Hong Kong Bill of Rights”.

In the HKJA case, the Court further found that the Government was under a positive obligation, as part of its obligation to prevent torture and cruel treatment, to maintain an effective and independent system for investigating complaints of ill-treatment by police officers. The Court found that the two-tier mechanism for handling complaints against police officers failed to provide a sufficient safeguard which satisfies the requirements of effectiveness and independence:

• CAPO, the Court held, was part of, rather than institutionally independent from, the Hong Kong Police Force. CAPO personnel were not segregated from the rest of the force, and were career police officers rotated in and out every two to three years; and

• the IPCC lacked investigative powers of its own, and did not have the power to investigate cases itself or overturn the decisions of CAPO.

The Court granted a declaration that:

This case has been widely reported in the local and international press, including the SCMP, The Standard, Apple Daily, Ming Pao, The Guardian and Reuters.